3 Things All Marketers Can Learn From Fyre Festival 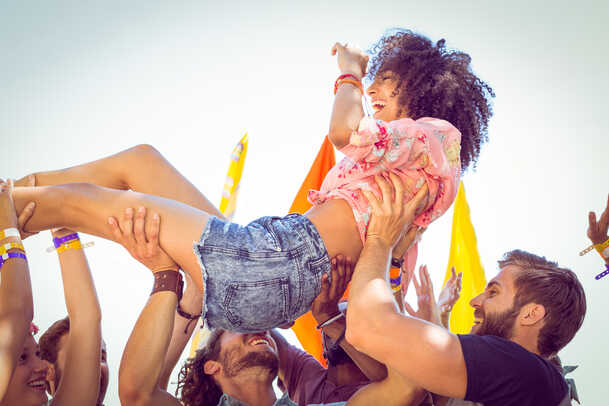 While we may be chiming in on this subject a little later than most, the conversations surrounding the catastrophe that was Fyre Festival seem like they won’t be dying down anytime soon. In case you haven’t heard, both Hulu and Netflix released documentaries about how a tech company called Fyre tried to host a music event on a remote island to promote their app.

When I initially heard about this it sounded normal to me- trying to find authentic and value-packed ways to get potential customers to learn about your product is something I would classify as Marketing 101. However, it’s clear that the only value that attendees received was painful life lessons and good stories. At the very least, they learned to be cautious in what advice they take from macro influencers like Bella Hadid or Emily Ratajkowski.

Listen to your employees:

If you watch either of the documentaries you will notice that throughout the planning process of Fyre Festival, employees tried to tell CEO Billy McFarland that this plan may not be achievable. However, he did not listen to them. In fact, he fired some key employees that had the audacity to share concerns. McFarland’s vision overrode all of his employees’ concerns and it’s clear that they had a culture where employees did not feel free to share issues with leadership.

It’s clear that Fyre previewed and shot promo videos depicting what Fyre Festival could be, but did not take enough time to figure out if this event was achievable from a logistical standpoint.

While it’s clear that working with macro influencers (such as celebrities) can be a risk, working with micro influencers (your employees) is a lot more practical and can be even more impactful. Micro-influencers typically have a modest number of followers, but their followers are usually more relevant. These employees have loyal followings that have a built-in connection. While your employees may not classify themselves that way, and may not even be familiar with the term, you should be leveraging their social media networks to promote the company. Did you know that 92% of consumers say that a recommendation from a friend or colleague is the single most powerful determinant of their purchasing decision?

Whitney Singleton is the Digital Marketing Coordinator at Clearview Social and a recent graduate of The University at Buffalo. When she’s not working she can be found either binge watching the latest Netflix series, hanging out with friends, volunteering, or creating videos for her career advice Youtube Channel.