Don't Give Up On Your Story

The wind howled in our ears. For miles around us, all we could see was snow and then darkness. We were lost, alone, and the fourteen boy scouts we had with us were tired and hungry, and we were a long long way from home. Over the past couple of weeks, I have been thinking so much about stories and the elements of a great story, that I didn't expect to find myself deep in the middle of my own adventure this past weekend. Sometimes some of our best adventures are the ones we didn't expect. I had embarked on a journey that would turn out to be four times longer than anyone expected.

We set out on Friday afternoon from Salt Lake City with three vans full of scouts, eighteen pairs of cross-country skis, packs, two sleds, and enough food to feed a small army. The plan was simple: drive up into the Uinta Mountains until hitting the "road closed" sign, then take the fairly flat, groomed trail up to the Yurt. (If you haven’t heard of a Yurt, it is a circular structure perfectly designed for winter camping. It has bunks, a cast-iron stove, propane lanterns, propane stoves, and all the pots pans and cutlery you need to camp even in cold weather.)

We had a reservation for a Yurt called "Bear Claw" and as everyone strapped on their cross-country skis, most for the first time, and loaded up with their 20 pound packs, there was excitement in the air. As the older youth hurried off to get a head start down the trail, the other leaders and I stayed back to help some of the slower scouts. We had loaded up two kids sleds with our food and a couple of gallons of water, and we were off.

It was almost completely dark by the time we hit the trail, but we were prepared with headlamps and winter gear. If you haven't cross-country skied before, it can be tough to balance, and with a twenty-pound pack, even more so. Even the older scouts sometimes slipped and fell and had to be helped back up, but most of them got the hang of it pretty quickly and a big group of the older 13 and 14-year olds got up ahead. The other leaders and I hung back to help one boy who forgot snow pants and another boy who was only 11 and had a pack that looked three times too large for him. (Full disclosure, that was my son, Taylor.) He did great at first, but his body just wasn't used to carrying a big pack, or cross-country skiing, or really doing any physical activity more difficult than walking from the kitchen with a bowl of cereal into the family room to play video games. This would be good for him, I thought.

Taylor really struggled to keep up with the group and had fallen down multiple times. By this time I figured we were about halfway to the Yurt. I also felt like he had struggled enough so I strapped his pack to my chest so he could ski up the big hill without the extra weight.

Once he got to the top of the hill some thirty minutes later, I figured I'd make him wear his pack for the last fifteen minutes of the hike. I wanted him to feel that sense of accomplishment of struggling to do something hard and making it with his own pack. He complained and said "I just want to lay down and go to sleep right here," but he kept moving. We had been going for almost two hours now, and it seemed to me like we should be to the Yurt by this point. We saw all the older boys waiting for us ahead by a sign, and as we shuffled closer, I felt a knot in the pit of my stomach even before I read the sign. There were three arrows to three destinations, and none of them were Bear Claw, or Lily Lake that was supposedly nearby our Yurt. We had been hiking for two miles, in the wrong direction!

As the other leaders assembled to discuss our situation, the scouts were 50 yards away singing "99 bottles of bear on the wall" as they awaited further instructions. I was the new scout leader, but I had just moved back to Utah and since I hadn't planned this trip, I failed to download the GPS app that marked the exact destination. Turns out, none of the leaders had. We didn't even know the direction to go to get to the yurt. Not a single leader had the GPS app Gaia that had been recommended. One leader had a map, but he had left it back with our vehicles. As leaders, we had failed to live up to the Scout motto: Be Prepared. And as the scout leader, I was responsible for that failure. We decided our only option was to return to our vehicles and find the correct trailhead. 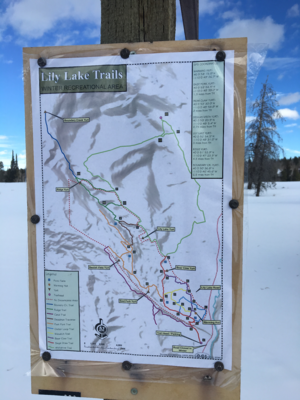 The bishop of our church congregation, Michael, who had joined us for what had seemed like a fairly routine campout, broke the news, "we took the wrong trail, so we need to turn around, and go back the way we came. Once we get to the cars, we will re-group and decide what to do next." The older scouts let out a cheer of encouragement. The scouts tired of cross-country skiing loaded their skis onto one of the sleds to hike out, and my poor son Taylor just about lost it. This was his first campout with the scouts ever, and all he could ask was, "we have to go all the way back!?"

The hike back flew by. It was mostly downhill, and without the younger scouts falling repeatedly on their skis since they were now hiking, we made it back to the cars in just about an hour — half the time it took us to get to the middle of nowhere. Taylor and another boy got into our van to warm up while the rest of the group had a discussion to asses our options. We found the correct trailhead, and even though it was after 10:00 pm, we could still make it to the Yurt or get back in the car and drive the two hours back home. It was unanimously decided to make another go at it, and try to find the Yurt. Well, it wasn't totally unanimous. I had to break the news to Taylor. It didn't go well. After some tense negotiations, it was decided we would all go to the Yurt.

The next few hours were a blur. Some of the kids just hiked, most of them skied, and even though we made a few wrong turns, the correct trail was clearly marked and after another 2.5 hours of hiking and skiing, we arrived at the Yurt. It was one of the most welcome sights I've ever seen. In no time we got a fire going inside, got the lanterns lit, and started the gas stove. The plan was to do 2 miles of cross-country skiing to get to the Yurt. We had done 11 miles, according to my watch I had burned over 3,000 calories. By the time we cooked dinner, ate a late supper, laid out our pads and sleeping bags and turned off the lanterns, it was 2 am.

It had been a disaster in some ways, but in other ways, it had been perfect. Everybody was exhausted but safely fed and in their sleeping bags. My son had faced the hardest challenge of his life, and overcame it. I learned an important lesson about taking five minutes to download a GPS app before my next campout to potentially save 9 miles of unnecessary hiking, but this story isn't about me. It's about the scouts. They came together, the older kids carried the weight of the younger kids. The younger kids didn't give up. They tackled a major conflict and achieved something they can count as a big win. The next morning when we all skied out together, it was sunny, and all the kids were smiling and laughing. It was a very happy ending. 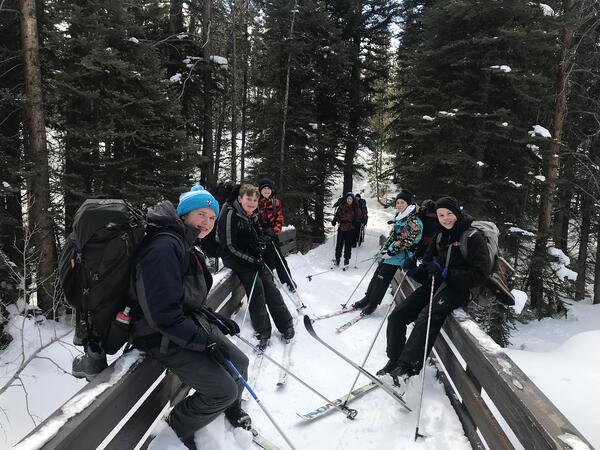 In great stories, the hero always leaves the comfortable behind. No hero can be truly tested in the comfort of their own home, playing video games on the couch. They need conflict, they need discouragement, and they need challenges to get stronger. The hero needs to face the unknown and then make sacrifices to get what they really want. And when the hero returns, he or she is never the same. As a parent, I want my life to be a great story, but even more than that I want my children to be prepared for their own stories. I don't want his life to be too hard for them, but I don't think I have a choice in the matter. Everyone's story will include twists and turns and times when we feel cold and lost and alone. My biggest hope is that my son will be prepared to face off with those conflicts and make the sacrifices to come out stronger.

Adrian Dayton is the Founder of Clearview Social, an internationally recognized speaker on social media for business development and author of multiple books and white papers including most recently the strategy guide, “10X Your Website Traffic.”   Download eBook