LinkedIn + Microsoft: A Win for the Social Media Eco-system 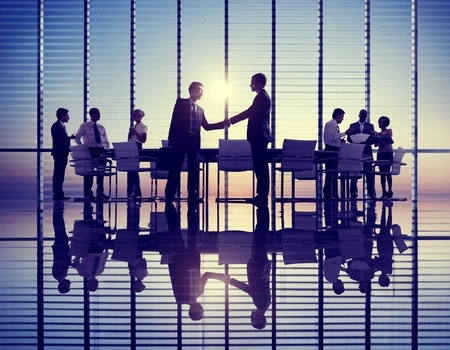 By now, it's old news that Microsoft purchased LinkedIn for $26.2 billion dollars in cash. Tech sites, Time and even the Moody ratings agency have been fairly critical of Microsoft massively overspending on this acquisition—see here, here, and here. I, on the other hand, see this as a big positive for the social media eco-system, and here's why:

When LinkedIn went public, they changed for the worse. They locked down their API, restricting access to developers in a fairly draconian way. When I interviewed a LinkedIn exec off-the-record, he explained it to me this way: "We don't want developers to make money from the LinkedIn API in ways we could potentially make money in the future." While this makes sense from a very close-minded scarcity mentality, it doesn't make sense for one of the largest social media tools in the history of the world that is built 1o0% on a backbone of user-generated content. They want every professional to share with them, but they aren't willing to return the favor unless it directly benefits them. More specifically, they won't give developers freedom to leverage the amazing data they have collected.

With this acquisition by Microsoft, it opens the door to the possibility that LinkedIn could operate as a somewhat more open system with more in common to the original Twitter than to Apple's app store. Remember, Microsoft was the original open platform where any company could leverage their operating system to build their own tools. Microsoft may have the reputation as being stuffy and less cool than Apple, but they really understood the power of leveraging third-party developers to make powerful innovations. It is still hard to say how much control Microsoft will choose to take over the operations of LinkedIn, but at least now there is a chance that the tunnel vision at LinkedIn will be altered. It's exciting to think what Microsoft can potentially do when they combine the massive data from LinkedIn with their cloud technology.

What does this acquisition mean to the average user? In the short term, very little. I guess you can feel secure that LinkedIn isn't going anywhere, but for the last seven years that wasn't really in doubt. Facebook, LinkedIn, and Twitter are the big three social networks. Ten years from now, it will still be Facebook, LinkedIn, and Twitter. Other sites will come and go and every two months there will be an article claiming "Young people have all new sites they are into now." At the end of the day, LinkedIn isn't going anywhere because it has become a fixture of the business landscape. The older professionals that came kicking and screaming into the social media world aren't migrating to a new social network in the near future or really ever.

Before people become overly critical of Microsoft for this purchase, just remember that Microsoft is really only doing what Google should have done before embarking on the crazy mission to re-invent social media with Google+. The winners of the social media game have already been crowned, Microsoft just decided "if you can't beat them, join them." Microsoft may not be the innovator they were thirty years ago, but hopefully, this purchase will allow them to inject some innovation into a social media company that would greatly benefit from becoming a little more open.